Eight inch quilt blocks are commonly used in quilts that are made up of one block only and the parts are easily divisible by four. Also, by setting the blocks in different layouts, you can create many different new designs -- sometimes with just a simple rotation of the block. This is not to say that larger or smaller versions of the same quilt block cannot be used in your quilt. Once again, you are the designer.

The quilt layout shown below on the left sets the blocks on point with sashing strips in the same colour as the background fabric. This makes the stars seem to float in the night sky, and an extra twinkle is added by the use of the "cornerstones" in the sashing strips.

The quilt layout featured on the right also uses an on point block setting, but in this case the blocks are set to form a "medallion" motif in the centre of the quilt. 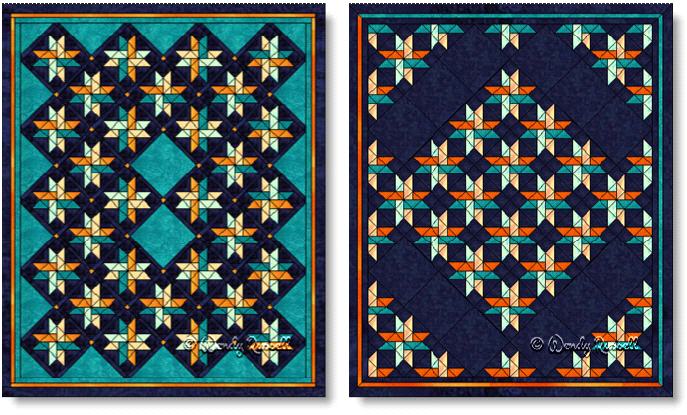 BACK to WOVEN STAR quilt block