The Variable Star quilt block could be described as a "lesson in making quarter square triangles". The central cross in the block design also acts as sort of built-in sashing strips for the design in a quilt.

The quilt layout illustrated below on the left sets blocks and half blocks on point in a standard quilt block setting. This creates a "diamond" shape for the blocks creating a very different look to the quilt.

The quilt layout featured on the right uses a common side by side setting of the blocks. The eye is drawn horizontally and vertically by the centre strips in the block, which then creates a secondary pattern where the blocks are adjacent to each other. 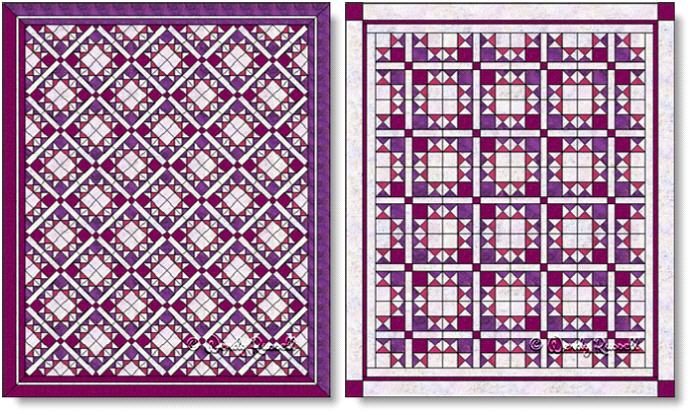 BACK to VARIABLE STAR quilt block