The addition of extra patches and colour opportunites is what makes the Union Square quilt block differ from the Ohio Star block upon which it is based.

The quilt layout shown on the left uses a standard side by side setting of the blocks making a subtle secondary pattern of additional stars appear where the blocks join. The quilt layout on the right features the blocks set on point with extra blank blocks for a little extra colour in the quilt design. 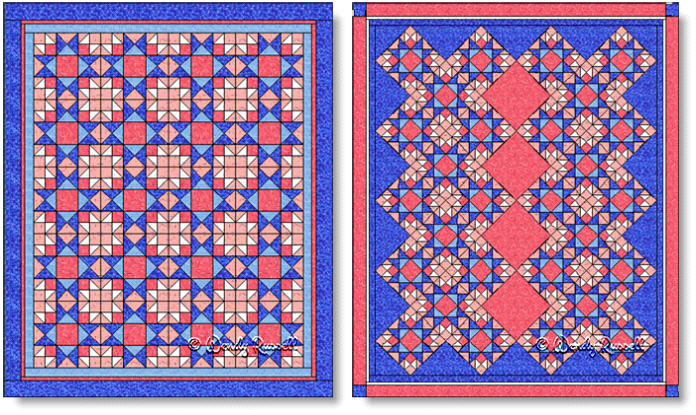 BACK to UNION SQUARE quilt block