A quilter's favourite - the twelve inch quilt block. These are probably the most commonly used. The measurements divide easily and evenly for quick calculations. Whether the goal is a bed-sized quilt or a cuddle quilt in an afghan size, a 12" quilt block is your go-to choice. 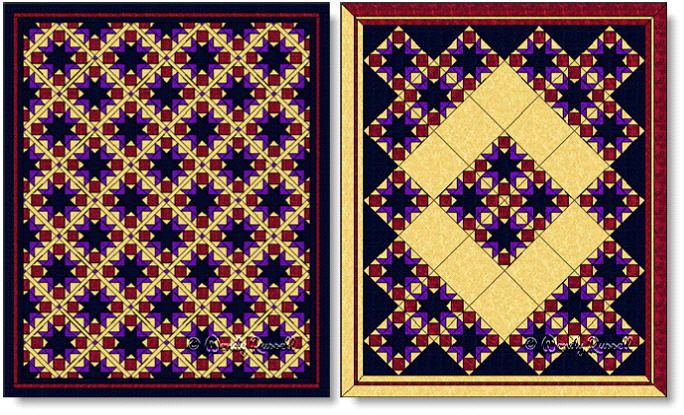