The Nine Patch Album quilt block is a striking design, featuring a few half square triangles and flying geese patches.

The quilt layout shown below on the left uses sashing strips in the same colour as the background fabric, which gives the impression of the blocks "floating". The pops of colour in the gold "cornerstones" of the sashing strips add that extra little sparkle.

The quilt layout illustrated on the right features lots of half quilt blocks as well as blank blocks to give a totally different resultant quilt design. 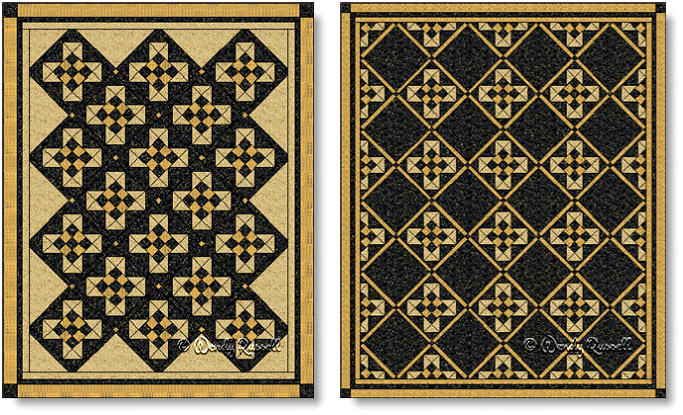