Eight inch quilt blocks are commonly used in quilts that are made up of one block only and the parts are easily divisible by four. Also, by setting the blocks in different layouts, you can create many different new designs -- sometimes with just a simple rotation of the block. This is not to say that larger or smaller versions of the same quilt block cannot be used in your quilt. Once again, you are the designer.

The Lightning quilt block is a simple four patch comprised entirely of half square triangles. By flipping or rotating the quilt blocks, all sorts of interesting quilt layouts can occur.

~ See also:
~ Lightning in the Hills
~ Thunder and Lightning 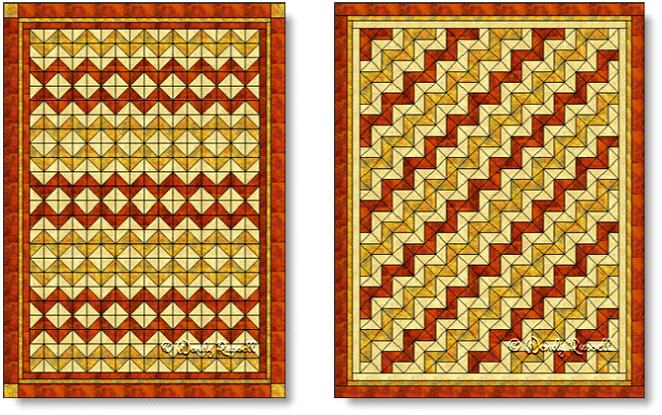 BACK to LIGHTNING quilt block