The Golden Stairs nine patch quilt block might look familiar. It is quite similar to the Jacob's Ladder block. Often a slight variation in a some of the placement of patches creates a whole new block, as is the case here.

This block also opens up lots of design possibilites in your quilt layout, due to the directional nature of the block. You can see that evidenced below in the quilt layout shown on the right. By rotating some of the blocks by 90 degrees, secondary patterns emerge. What quilt design layout can you create? 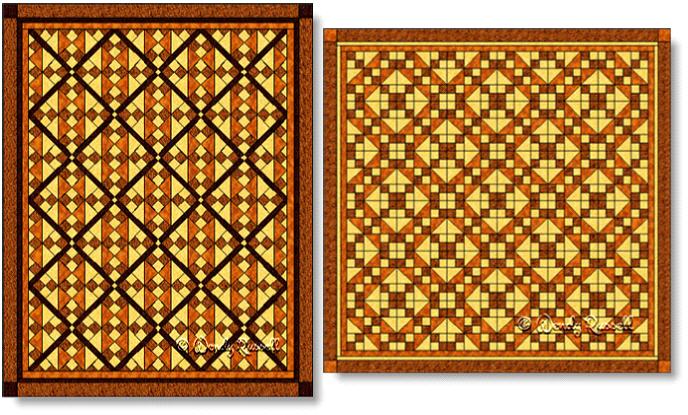 BACK to GOLDEN STAIRS quilt block