The two sample quilt layouts shown below both use standard settings of the blocks -- with very different results.

The quilt layout illustrated on the left sets the blocks on point and separates them with sashing strips. By using the same fabric for the sashing as for the quilt background, the blocks appear to "float".

The quilt layout featured on the right lays the blocks side by side, causing a subtle secondary design to emerge where the blocks join. It appears that there is a second block in the quilt, where the green fabric forms sort of the letter X between the stars.

~ More Quilt Blocks from the Bible 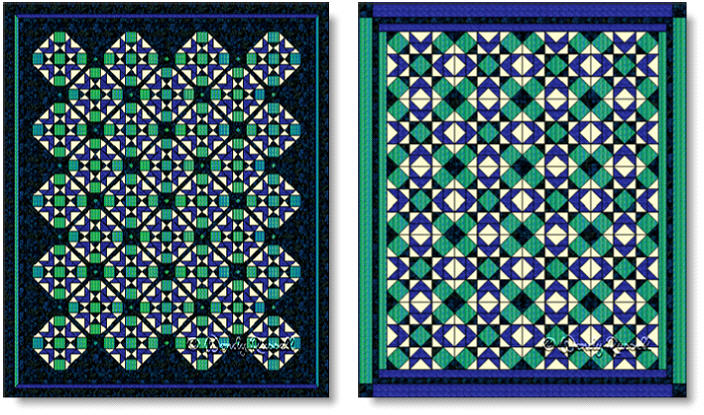 BACK to GLAD TIDINGS quilt block